Women, culture, war and media: Sticking out in Mogadishu

Somalia is experiencing a turbulent political process with seemingly no end in sight.

The anticipated parliamentary and presidential elections, planned for December 2020 and February 2021 respectively, did not take place, putting the country in a political vacuum that has often turned violent.  Moreover, with the second wave of COVID-19 ravaging lives and the economy, drought and famine in parts of the country such as the Gedo region, and Al-Shabaab’s rampant attacks – Somalia is in dire straits.

This political and humanitarian crisis has an impact on media freedoms.

Freedom of the media

An Amnesty 2020 report captures the daily lives of journalists in Somalia states: “We live in perpetual fear: Violations and abuses of freedom of expression in Somalia.” The incumbent government regularly harasses, arrests journalists for posting critical comments on social media. All this leads to self-censorship, as journalists stay clear of anything that may be deemed controversial. This self-censorship is often higher amongst female journalists who face far more discrimination and contend with personal attacks simply because of their gender. Other journalists are bribed to support the government and its positions.

To make matters worse, cases of journalists’ harassment and killing are not thoroughly investigated and perpetrators are rarely punished, even though the country established an office and appointed a special prosecutor for crimes against journalists in September 2020. The conditions of Somali journalists remain bleak. You work alone and can die alone, no one cares.

A media law signed by President Mohamed Abdullahi Farmaajo on 26 August 2020, has become a serious area of concern for Somali journalists. Media activists describe it as a draconian law and found it contained various problematic provisions that were vaguely worded and open to interpretation in ways that could be detrimental to media freedom and expression. The law does not only impose censorship and threaten critical reporting, it also forces journalists to be registered in a government database. Failure to be registered can be used to ban or harass journalists.

Culture is one of the chief impediments to female journalists’ professional success. Somalian patriarchal society makes it hard for young girls to pursue a journalism career. Somali parents believe that journalism is not an appropriate career for the girl child – the deterring factor that is referenced is how female journalists mingle with their male counterparts and even travel away from homes to report stories from distant places – and thus parents discourage their daughters from seeking careers in the media.

In essence a woman who travels from home to work, and interacts with male journalists cannot be trusted and less likely to be married – which is an embarrassment for  the whole family.  At least that’s what is insinuated.

Security is a key concern as to why competent young girls do not want to join the media. Many journalists, including females have lost their lives reporting on issues that are of utmost interest to the public. Al-Shabaab is the main perpetrator behind many of those killings. For instance, on 1 March 2021, a freelance journalist Jamal Farah Adan was killed in Galkayo city, in the Somali state of Puntland. This is the first reported case of a journalist being killed this year (2021), while many others have been killed in the past. It is this kind of violence that frustrate aspiring female journalists from following their dreams.

Somali female journalists are not well paid and they are under-represented in senior media management positions. Regardless of qualifications, media owners would rather hire a less qualified man than appoint a qualified woman to a management position. Many female journalists are leaving media houses to join government or private business sectors where opportunities for professional growth are much better.

Sexual harassment is driving skilled female journalists away from media houses. Many of these women are not willing to publicly share their stories for fear of reprisals. The Gender Based Violence (GBV) against female journalists in Somalia needs critical investigation. Anecdotal evidences suggest that more effort needs to be made by media directors and editors to curb such despicable behaviour in newsrooms. While culturally conservative, women journalists have to contend with sexually suggestive talk or cope with unwanted and inappropriate intimate behaviour. Women journalists are sometimes coerced into intimate relations to protect their jobs. This, I have both witnessed and experienced as a journalist.  .

Journalism is a sector in transition that has been massively impacted by technological development to which it has to adapt. Many Somali female journalists have no formal training in journalism, media or creative industries because they joined the field with degrees in management or social sciences. Because of cultural barriers, many professional training opportunities are dominated by male journalists, even those conducted by progressive development partners. Somali women journalists are at the low end of the pecking order for training opportunities and fail to get promoted because of lack of appropriate skills and patriarchy.

My colleagues and I established the  Somali Women Journalists (SWJO) in 2013 solely to address the plight of female journalists mentioned above. SWJO has 215 members drawn from all regions of Somalia and the diaspora. Our aim is to continue sticking out as female journalists, pushing back against both industry and cultural prejudices.

Since SWJO inception, we have embarked on training programmes for female journalists on a range of subjects including ethical journalism, safety and reporting in hostile situations, digital storytelling, writing for television and radio, gender equality  and many other topics..

We have collaborated with the United Nations Assistance Mission in Somalia (UNSOM), United States of America’s Embassy in Somalia and International Media Support (IMS) – FOJO to build capacity for female journalists.

So far, 47 media stations in Mogadishu and the regions, and media rights organizations such Federation of Somali Journalists (FESOJ) and Somali Media Associations (SOMA) have signed the declaration.

Since signing the declaration, many media houses have taken actions that created a positive change, somewhat restoring the hope of the female journalists and encouraging them to stand for their rights.

Also, some of the notable actions taken by the media organizations in this regard include; promotion of female journalists, provision of educational advancement and professional development to all employees, especially female journalists, gender equitable recruitment, adoption of policies that address sexual harassment and violence. Some also established gender departments led by a woman, which deal with female specific issues in male dominated media houses. Progress is low but we have taken the first step and we can only move forward.

As we celebrate 30 years of the Windhoek Declaration on 3 May 2021, all I hope for is a free, independent and pluralistic media in Somalia. I call upon the Federal Government of Somalia and its federal member states to adopt and uphold the principles enshrined in the document.

The country has a long way to go when it comes to the protection of journalists and freedom of expressions, as it is ranked among the most dangerous countries for media professionals to work. This image can be changed when authorities put in place stringent mechanisms to investigate and prosecute individuals behind the killings and intimidations of journalists. Somali female journalists should be afforded equal rights and opportunities like their male counterparts. The government and international partners should provide more support in building the capacity of the Somali journalists, particularly female journalists in the areas of online media, human rights, freedom of expression and ethical journalism. This is my hope towards the upliftment of the quality of journalism in Somalia. Regardless, we remain committed as the few women journalists to practice, our presence brings hope to young girls who want to be journalists. 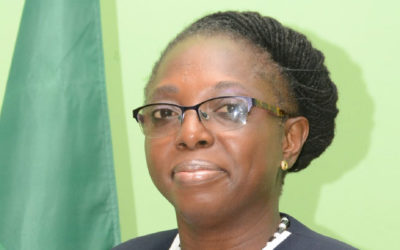 By Commissioner Jamesina Essie Leonora King This year’s World Press Freedom Day commemorations come at a time when the 1991 Windhoek Declaration, which asserts that a free, diverse and pluralistic media is essential to democracy and enjoyment of human rights, turns 30...

by Nhlanhla Ngwenya African media and press freedom advocates have every reason to celebrate this year, as the world returns to the continent to commemorate the adoption of a landmark covenant - the Windhoek Declaration on promoting press freedom. The declaration,...