The terrorist attack on the World Trade Centre on 11 September 2001, won’t be forgotten in a hurry. It set off repercussions that were not immediately obvious even two decades after – the trade-off between human rights and public security. In particular, it renewed the conversations on policy setting for communications surveillance across the world.

More than a decade later, Edward Snowden – a former subcontractor of the Central Intelligence Agency (CIA) revealed that the National Security Agency (NSA), together with telecommunication companies, spies on US citizens and other countries’ leaders and people through various intrusive surveillance technologies on grounds of national security.

Privacy International defines communications surveillance as the “monitoring, interception, collection, preservation and retention of information that has been communicated, relayed or generated over communications networks to a group of recipients by a third party.”

Today, more governments are emboldened in their deployment of indiscriminate communications surveillance, arguing that such are fine, in so far as they guarantee public safety.

In 2021, Citizen Lab released a report on 25 countries conducting cyber-espionage across the world. Seven of those are African countries which include Nigeria, Zimbabwe, Equatorial Guinea, Morocco, Botswana, Kenya and Zambia, and they feature prominently in the report as having ties with an Israeli telecoms company called Circles.

The report by Citizen Lab points to three alarming facts on communication surveillance:

These confirm that governments, together with telecommunication companies do not engage in surveillance only to ensure public safety, but also use these new technologies to track government opposition, journalists and human rights defenders. What this does is throw up the policy gaps on communications surveillance in most systems, including those in African countries.

So knowing this, what can those who are not part of that government decision do?

First we have to understand that the primary standard of international human rights law, is explicit on how surveillance technologies can be deployed.

The major principles under international law as they have been discussed by experts include legality, legitimate aim, necessity, judicial oversight and due process, among others

While these principles seek to protect the right to privacy, they also acknowledge the need for surveillance in public interest but with the necessary checks and balances in place.

In many African countries, these principles are not complied with. This is because where there are laws on communications surveillance they are mostly inadequate.

African countries which carry out surveillance do not usually have the requisite law in place  and where they do, these are either inadequate or abused or both.

This has posed serious challenges with respect to the right to privacy and the increasing need to conduct legally permissible surveillance.

In Nigeria, not only is the legal regime on interception governed by a secondary law, but the manner in which they are carried out are opaque and unaccountable. Likewise, in Uganda, both the Regulation of Interception of Communications (RICA) and the Anti-Terrorism Act which touch on communications surveillance, do not have clear oversight mechanisms. 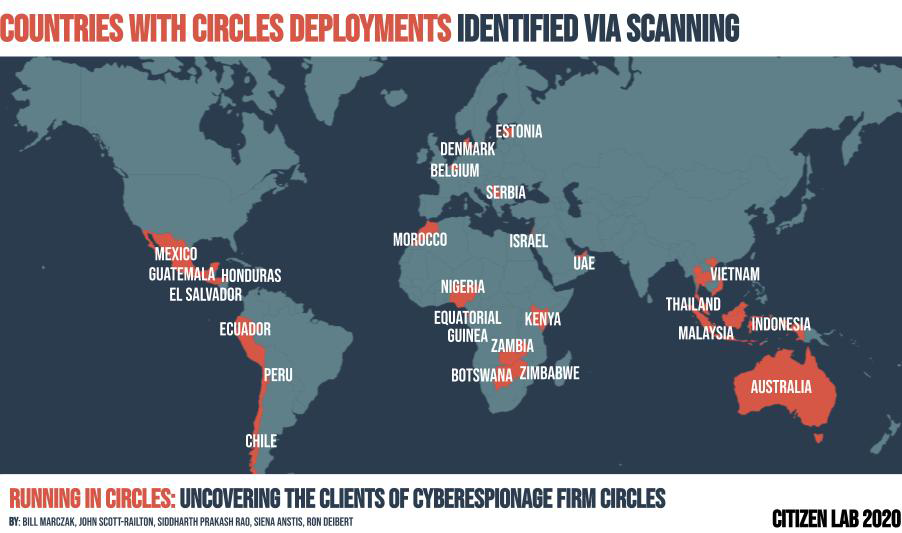 Despite the Constitutional Court judgment, and its possibility for positive reforms in the surveillance sector in South Africa, one journalist had her house broken into and laptops stolen, another was said to be under surveillance after investigating corruption allegations within the Crime Intelligence (CI) division of the South African Police

The question is how communications surveillance, given its insidious nature, can be regulated. Combining the political power of states with the economic power of the communications surveillance sector already put at US$12 billion, regulation seems far-fetched. With this powerful dynamic, human rights are being sacrificed to accommodate the whims of powerful actors. But there is hope, the type however, that requires more work.

The African Commission on Human and Peoples’ Rights (the African Commission) recently revised the Declaration of Principles on Freedom of Expression and Access to Information in Africa, which provides specifically against indiscriminate use of communication surveillance. Principle 41 provides for policy solutions which require member states not to engage in indiscriminate communications surveillance except provided for by law and in compliance with international human rights law principles.

Individuals and organisations who work in the social justice sector are not left without the power to push back. This, among others, can serve as a basis for asking the difficult questions from governments and demanding answers.

One of the major principles of ensuring rights-respecting communications surveillance practice is legality. Most African countries do not have specific laws on communications surveillance. Where these exist, they are secondary laws that do not allow for enough direct public participation through a primary law enacted by parliaments. There is a need for laws which must be in compliance with international human rights law and the provisions of the Declaration.

Civil society actors should continue working hard to open up the surveillance sector. One way to do this is to approach the courts for judicial review, as in the case of South Africa

Communications surveillance is not mutually exclusive of human rights protection. The strong narrative woven by governments that in protecting public safety, surveillance needs to be conducted without oversight is a recipe for disaster. These policies can be designed in such a way that they respect privacy and protect human rights by paying attention to suggestions described above.

In resolving the major tension that often arises in the use of communications surveillance, major stakeholders like governments, private sector and civil society must work together to design effective policy solutions to communications.

This will assist in no small measure in placing intrusive technologies under the purview of rights-respecting laws while deploying these technologies to more lawful uses.

By Golden Matonga  Last year, Malawi punched above its weight to take up an envied position on the global stage, when judges of its Constitutional Court nullified the presidential election of the previous year, 2019, that had seen the re-election of President Peter...

AfCFTA: A game-changer for African media

by Justine Limpitlaw Exciting, times are ahead for the continent – particularly in the media policy and regulatory space. It’s being brought about by the African Continental Free Trade Area agreement (AfCFTA), signed by the Assembly of Heads of State and Government of...

By Levi Kabwato The 2019 tripartite elections and 2020 presidential elections in Malawi were defining moments in the country’s history. For the first time, a court annulled election results and ordered a rerun. Only in Kenya had this happened before. Marred by...

By Henry O. Maina The internet is slowly but surely revolutionising societies everywhere and Africa has not been left behind. Internet growth on the continent has been exponential  while it is yet to reach its peak. Increasingly too, many Africans are relying on the...

We use cookies on our website to give you the most relevant experience by remembering your preferences and repeat visits. By clicking “Accept All”, you consent to the use of ALL the cookies. However, you may visit "Cookie Settings" to provide a controlled consent.
Cookie SettingsAccept All
Manage consent

This website uses cookies to improve your experience while you navigate through the website. Out of these, the cookies that are categorized as necessary are stored on your browser as they are essential for the working of basic functionalities of the website. We also use third-party cookies that help us analyze and understand how you use this website. These cookies will be stored in your browser only with your consent. You also have the option to opt-out of these cookies. But opting out of some of these cookies may affect your browsing experience.
Necessary Always Enabled
Necessary cookies are absolutely essential for the website to function properly. This category only includes cookies that ensures basic functionalities and security features of the website. These cookies do not store any personal information.
Non-necessary
Any cookies that may not be particularly necessary for the website to function and is used specifically to collect user personal data via analytics, ads, other embedded contents are termed as non-necessary cookies. It is mandatory to procure user consent prior to running these cookies on your website.
SAVE & ACCEPT