Home 9 Tech and innovation 9 Conversations of Home: Connecting to home, identity and self, through new media platforms

Conversations of Home: Connecting to home, identity and self, through new media platforms

in Tech and innovation

There is an unexplainable confidence that comes with knowing who you are and where you come from. Having now spent more years living outside my country of birth, Zimbabwe than I have in it, the United Kingdom has been my adoptive home since 2002 and one that I embrace. However, as with most migrant stories, my longing for and connection to the place I call home has deepened.

Leaving home as a late teen and settling into a foreign land, the only thing I wanted was, to assimilate with my age-mates, make friends, and downplay my “foreignness”. Afterall saying you were from Zimbabwe in the 00s was not considered cool. This, for more times than I cared for, meant clarifying where in the world Zimbabwe was located or better yet having to listen to academic Pan-Africanist’s take on how great Robert Mugabe was or how terrible he was.

Carrying the politics of one’s country everywhere would weigh down most people, least of all a young person that just wanted to enjoy life like her peers. In addition to the political slant that conversations would take when I mentioned my place of birth, it was the fact that there was still very much a culture of not speaking about politics amongst family and friends. There is a recorded history of individuals who have been vocal about misgovernance suffering at the hands of state-sanctioned violence. So then silence became a self-preserving mechanism and one that was carried over borders – to the new places we now called home. As a young Zimbabwean, and coming from that prevalent culture of silence meant that I never had the agency to freely engage on issues that were happening at home.

So for many Zimbabweans, there was (and still is to a some extent) a geographical divide determining the extent one could contribute to the national discourse. Fast forward to this age; with the acceleration of the digital revolution, particularly the increased access to the internet and more so social media platforms, the digital space has reduced that geographical divide.

In 2019, Xolie Ncube and I launched Girl In Skies Podcast. Girl In Skies – a play on the word Skies, a triple entendre of sorts (representing travel, airwaves, and a homage to our city of birth, Bulawayo, which is at times referred to as Skies because of its beautiful blue skies). We started the Girl In Skies podcast because we are passionate about carving out a voice for the Zimbabwean diaspora community and filling in that gap between home and its many citizens scattered all over the world.

Why podcasting? This was a medium that we enjoyed and consumed. The attraction to podcasting was its low barrier to entry. We were two friends having conversations and simply needed a home for these conversations. We did not need to be politically connected or to have journalistic accolades to start a podcast. Also, housing these conversations via a podcast meant there would be no policing of our opinions. Our location also offered safety as we did not have to worry about some of the very real dangers that individuals in Zimbabwe face when they talk about the state of politics and human rights issues.

We were not looking to speak from a point of authority about things that were happening “on the ground” but felt strongly that there was a space for the diaspora perspective to be articulated and heard. We cared deeply about home, we cared about the high unemployment, the arts, the lack of access to basic healthcare, the stifling of political freedoms. We cared, not only because it affected our families at home, but also because it affected us. Ours, was a different angle to the conversation because although we were shielded from some of the harsh effects, we were still impacted. For example, the high unemployment in Zimbabwe means that many in the diaspora have to financially support their families (Black Tax) and be the buffer for any emergency costs that may come up. These types of conversations allow for sharing of ideas and solutions to issues specific to people in the diaspora. They are also a way of sharing the diaspora experience with people living in Zimbabwe, and by  using these conversations we can find common ground.

Connecting across borders, generations and cultures

Since its launch, Girl in the Skies podcast has grown to thousands of weekly listeners per episode. A significant cohort being the Zimbabwean diaspora located in over 26 countries. The podcast is a weekly staple of entertainment, news, and our take on events happening at home and beyond. The reception and feedback showed that there was an appetite for new voices, a different perspective, and something innovative. Our podcast covers light-hearted issues as well as conversations on the political landscape in Zimbabwe and beyond. We have also covered issues such as lobola (marriage rites and payment of bride price), the 1980s killing of the minority Ndebele community known as Gukurahundi genocide, and more.

There were two things we had not anticipated though. Firstly, that so many people based in Zimbabwe would listen and engage with the podcast, and secondly, that so many second-generation immigrant Zimbabweans would listen to the podcast. The most interesting revelation has been how educational and informative some of our younger listeners have found it. A significant number of these listeners have been born and raised outside of Zimbabwe or moved from Zimbabwe at a very young age. They have been able to get a better understanding of our history and some of the traditional practices.

The fact that people in Zimbabwe are also listening to the podcast shows the role that new media is playing in reducing the geographical divide and connecting people across borders.

This means that people at home are tuning in to our perspectives on issues happening at home, as well as the complex dynamics and tensions between the diaspora and our roots. These  are likely to be better received from podcasters that people do not know at a personal level than they would be from family members.  The podcast also serves as a bridge between families in Zimbabwe and those in the diaspora. We can have uncomfortable conversations around black tax, dating, marriage, and many other issues affecting people in the diaspora. These conversations are also likely to be considered when they are not charged with the emotion that comes with the very complex family dynamics of transnational families.

The importance of cultural identity can never be overstated. It is arguably even more important when one is planted in a society where theirs is not the dominant culture. There is a danger of having the illusion of inclusion – a concept we have unpacked in our podcast. In summary, the illusion of inclusion is where one grows up believing they are part of the fabric of the society they live in, only to have a rude awakening along the way. This happens when the dominant society explicitly shows you, in no uncertain terms, that you are not part of the fabric. This could be through lack of career opportunities, systemic and overt racism; and other isms. To mitigate against the harsh impact of this, the next generation must have a connection with their cultural identity and the podcast is serving that purpose.

Conversations and other platforms for expressing different perspectives are important. Conversations are the home of ideas, ideas allow for innovation and push societal thinking. There is space for various voices to be heard, despite geographical location, and I am glad I have found mine.

Natasha Fuyane is a writer and podcaster, among other things. She is a Zimbabwean living in the United Kingdom. She is passionate about amplifying African diaspora issues and creating spaces for conversations. You can listen to her every week on Girl In Skies podcast and can find her on twitter at @malaikadiva. 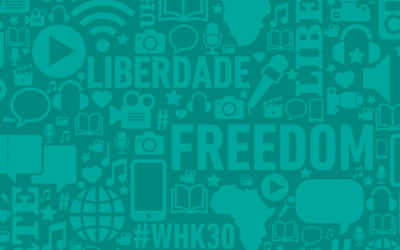 Media, Technology and Audiences: Africa’s Media in the Digital Age

By Admire Mare Since the signing of the historic Windhoek Declaration 30 years ago, the media in Africa has undergone transformative changes at various levels including, production, distribution, consumption and business model. These changes have shifted journalistic...

We use cookies on our website to give you the most relevant experience by remembering your preferences and repeat visits. By clicking “Accept All”, you consent to the use of ALL the cookies. However, you may visit "Cookie Settings" to provide a controlled consent.
Cookie SettingsAccept All
Manage consent

This website uses cookies to improve your experience while you navigate through the website. Out of these, the cookies that are categorized as necessary are stored on your browser as they are essential for the working of basic functionalities of the website. We also use third-party cookies that help us analyze and understand how you use this website. These cookies will be stored in your browser only with your consent. You also have the option to opt-out of these cookies. But opting out of some of these cookies may affect your browsing experience.
Necessary Always Enabled
Necessary cookies are absolutely essential for the website to function properly. This category only includes cookies that ensures basic functionalities and security features of the website. These cookies do not store any personal information.
Non-necessary
Any cookies that may not be particularly necessary for the website to function and is used specifically to collect user personal data via analytics, ads, other embedded contents are termed as non-necessary cookies. It is mandatory to procure user consent prior to running these cookies on your website.
SAVE & ACCEPT